Little White Lies has collaborated with publisher Abrams to create Masterworks, an illustrated tome packed with archival photos, stills, essays, and interviews all about the director’s films
By Rebecca Fulleylove 28/10/2020

Paul Thomas Anderson: Masterworks is the latest in a series of monographs Little White Lies has created in collaboration with New York-based publisher Abrams. Written by film critic Adam Nayman and put together by LWW’s team of in-house designers, Masterworks is a psychedelic feast for the eyes.
The design team initially started talking about making a book on Anderson around three years ago, and design director Fabrizio Festa was instantly excited. “His tone of voice, his choice of themes, his visual and artistic choices, has always resonated with me,” says Festa.
“In addition to that, years ago I heard an interview with him and was very surprised by how down to earth and outright funny he sounded. I always had a perception of him as a Serious-with-a-capital-S director, who made these monolithic movies about broken people. After hearing him speak, I started appreciating his sense of humour and the more human side of his work.” 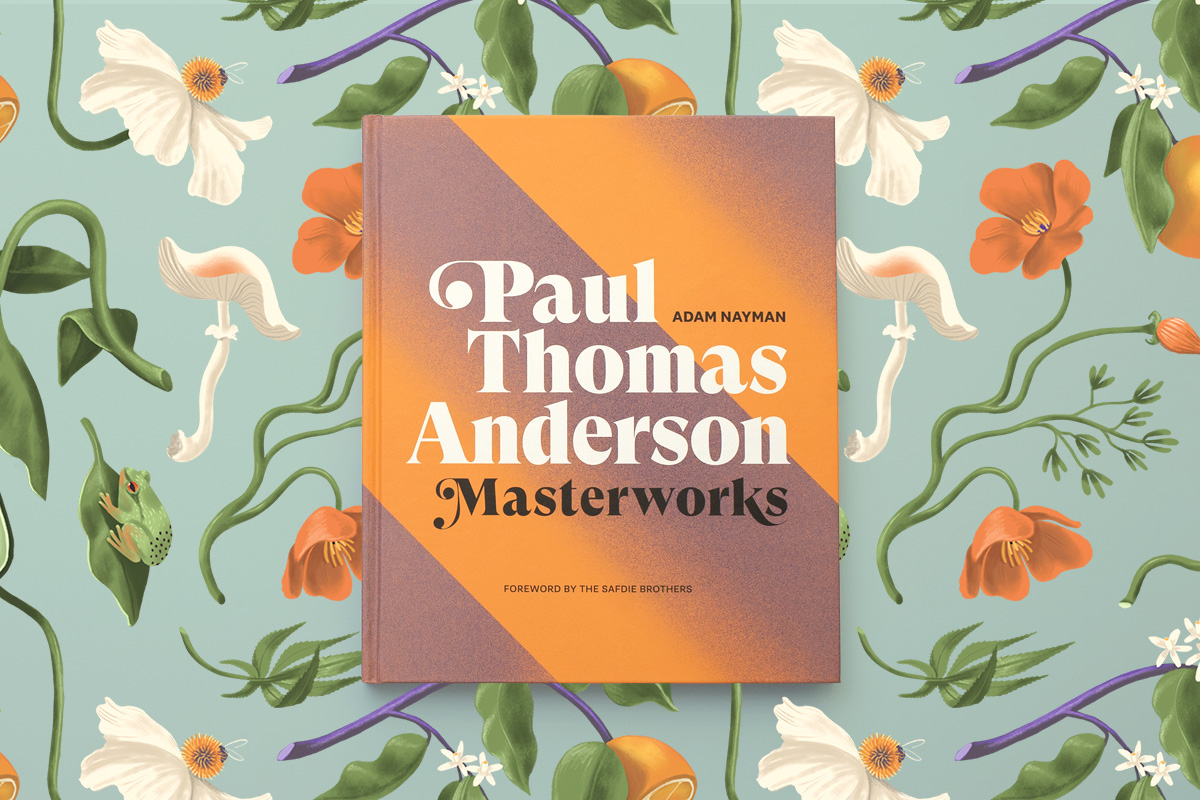 All images from Paul Thomas Anderson: Masterworks, published by Abrams
Festa was keen to create a book that combined informed, insightful writer with a joyful approach to design and art direction, and wanted to incorporate some of Anderson’s approach into the book.
“I like how uncompromising and meticulous his work is. In my design practice I like to set some rules for myself that might feel arbitrary, and are not necessarily the easy way of doing things, but they help focus my creativity and make the project fun to execute. I feel PTA has a similar approach,” says Festa.
“This can be seen in his choice of stories, for example adapting Thomas Pynchon’s Inherent Vice without trying to explain it, or not even necessarily fully understanding it himself, or on the technical side for instance, shooting with an old 65mm camera to film The Master. This influenced our own approach, such as not using any ‘tricks’ to create the chapter dividers, but only using period appropriate technology and techniques.” 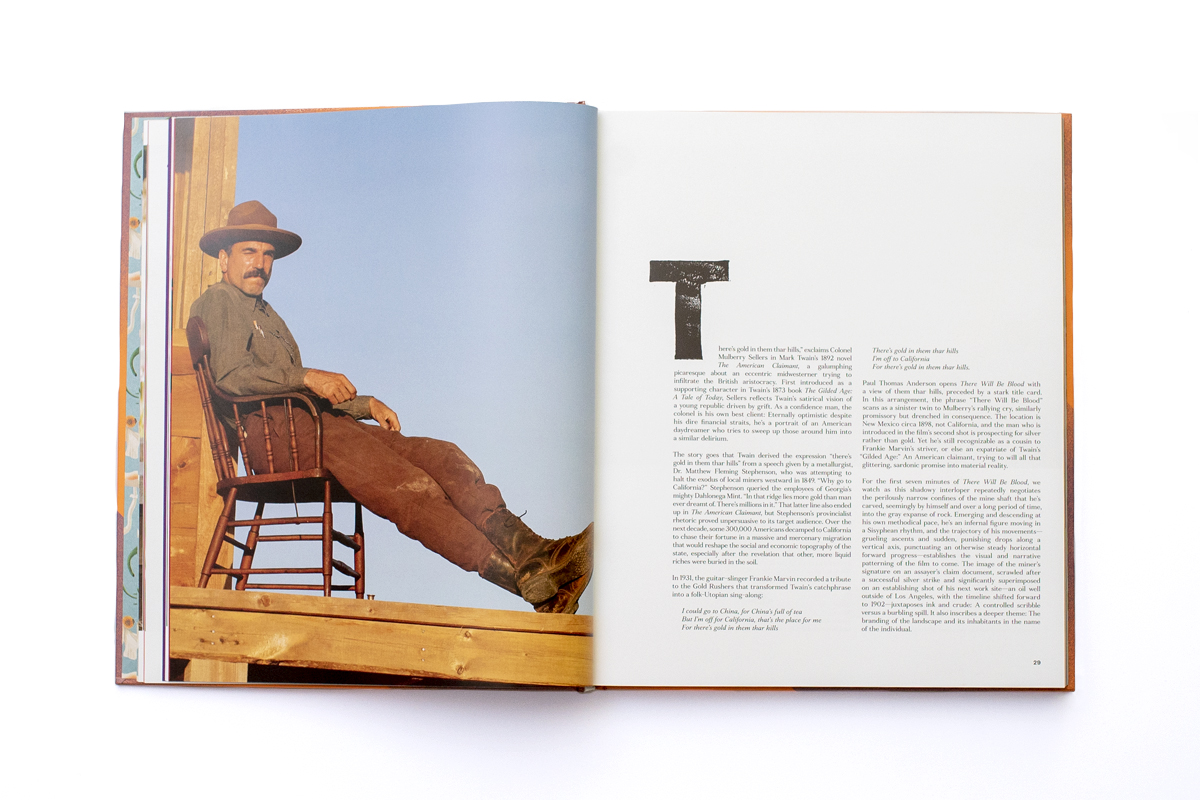 The overarching concept of the book was ‘California’, and so the cover, end-papers, colour palette and layout are all influenced by the US state’s history. “The cover, for instance, was inspired by iconic Californian artist Ed Ruscha, who we felt tied into Anderson’s visions of the San Fernando Valley where a number of his films are set,” explains senior designer Tertia Nash.
“And the endpapers were created as a Californian twist on the William Morris Fruit Wallpaper that featured in Phantom Thread. We really wanted the design to feel spacious and colourful, hence the winding and ethereal compositions and extensive use of negative space.” 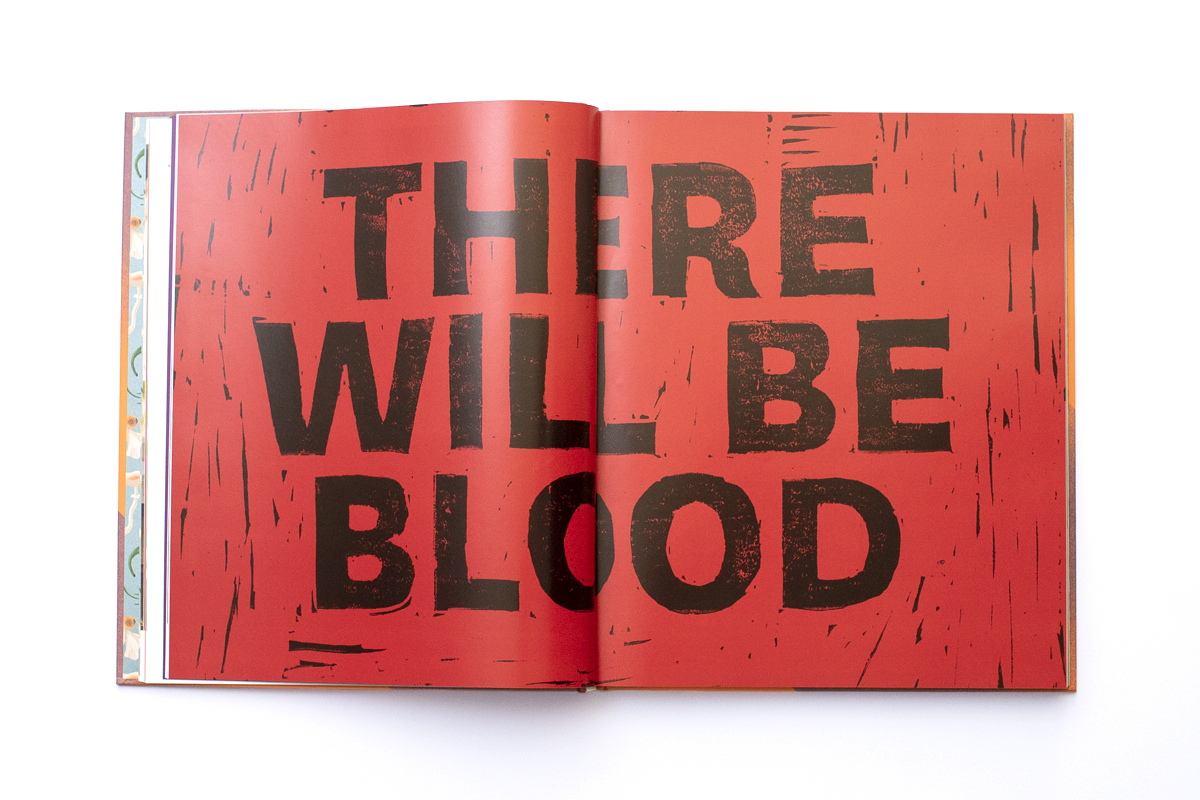 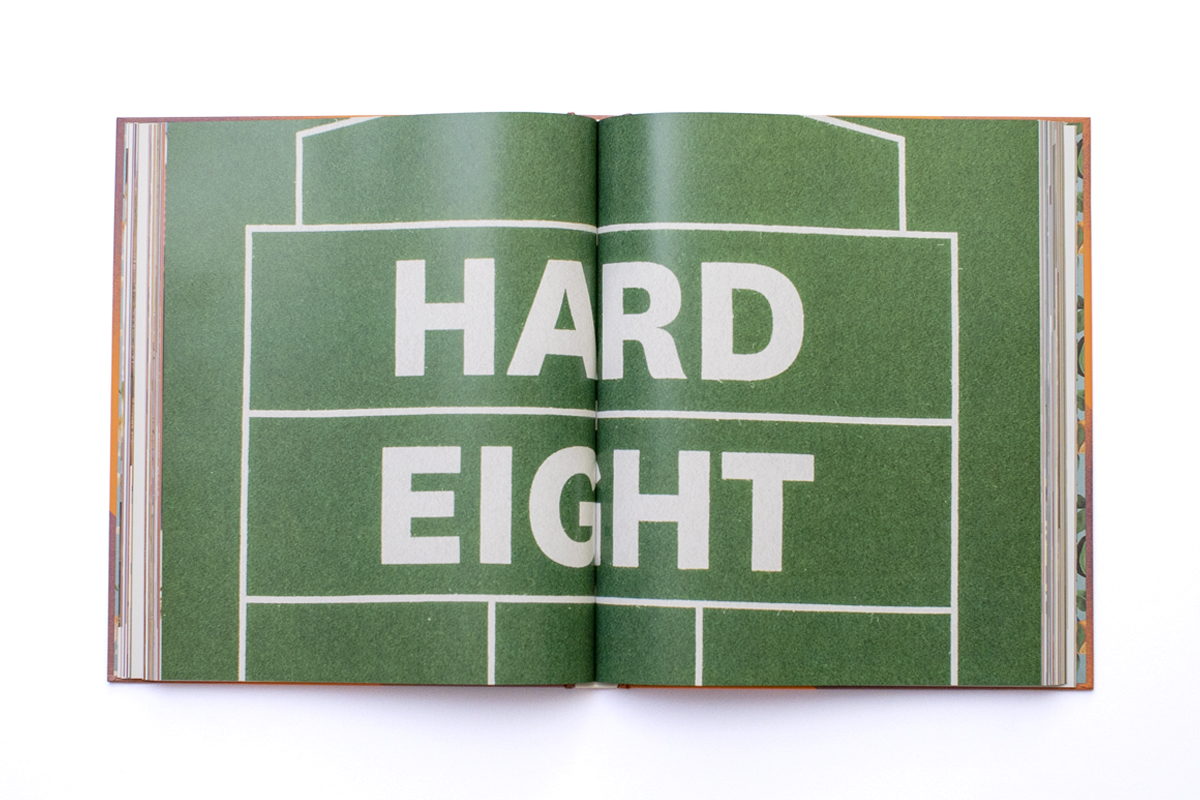 Another key element of the book is the chapter dividers, which celebrate Anderson’s craftsmanship. Each one has been made using methods that correspond to the specific themes and time periods of the director’s films. “For consistency, they all started off the same – the titles were set in the same typeface, centre aligned. We then used the likes of letterpress, embroidery or an old iMac G3 (Photoshop v5 was an experience!) to add texture and unique interest to these pages. This is then carried through to the drop caps at the start of each chapter,” says Nash.
“Then, there are a few small extra details such as the different stock used for the interview section. This section is completely monochrome, and the structure much more matter-of-fact. These are all decisions that help create a visual break from the vibrancy that surrounds it.”
What makes Masterworks feel so rich is the plethora of illustrations that fill many of its pages. Festo says there are two kinds of illustrations, the first being a set of eight infographics created with Baltimore-based illustrator George Wylesol that focus on one specific aspect of each film. Examples include the infamous milkshake scene in There Will Be Blood, and the camera movements in the opening scene of Boogie Nights. The second set of illustrations feature eight different artists including Laura Callaghan, Shyama Golden, Tim McDonagh and Alice Tye. 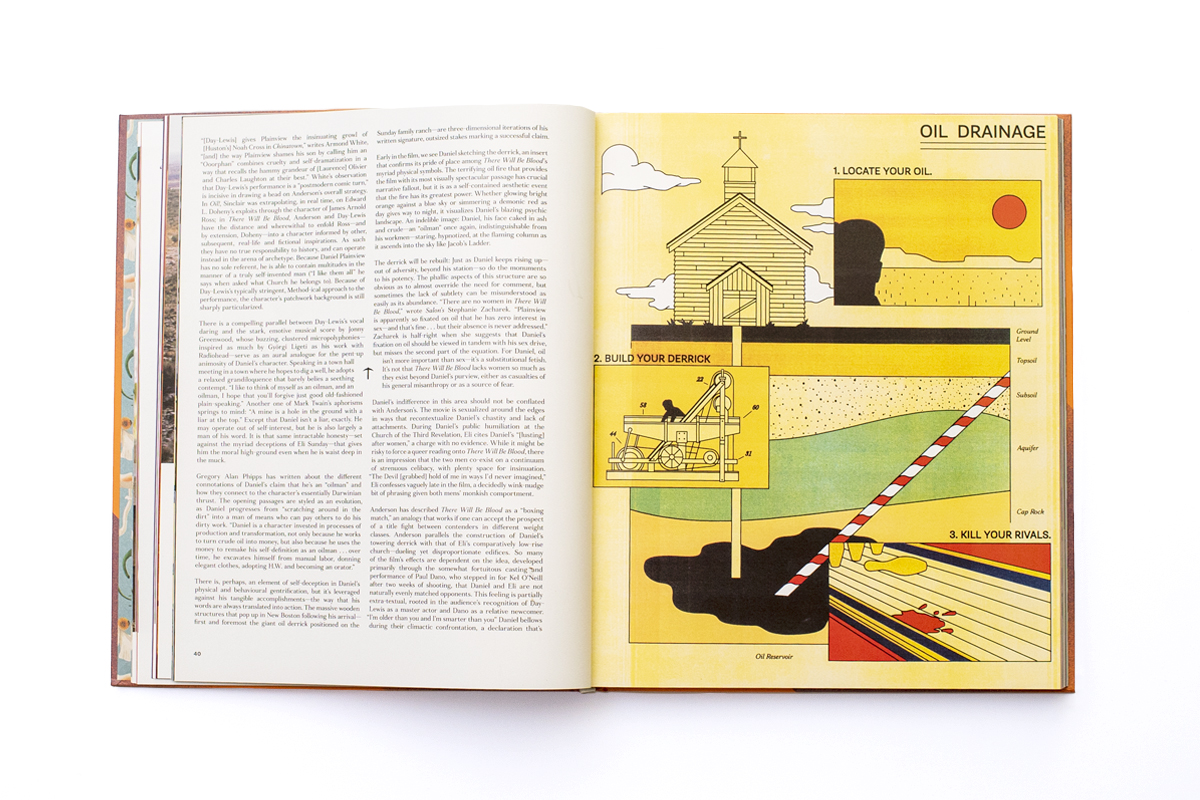 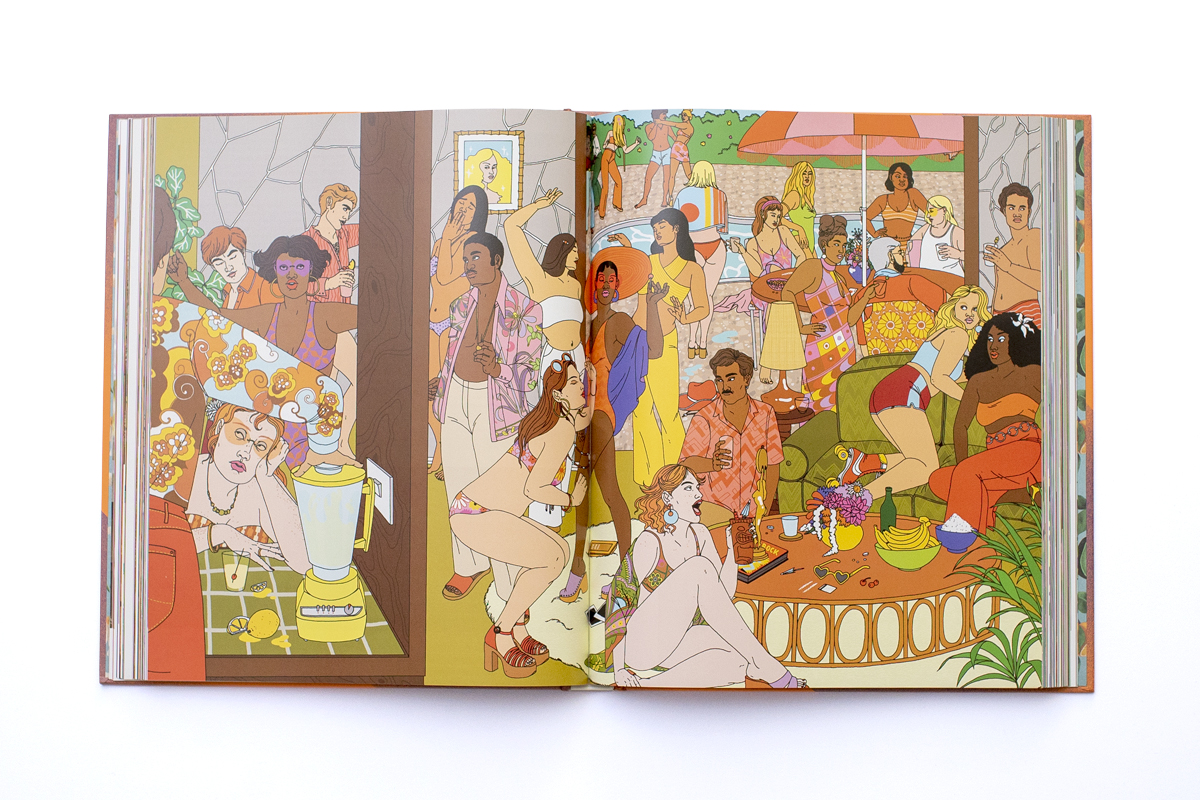 “We worked with them to create artworks inspired by each movie and that could exist within its world. They are not ‘fan art’ or a reinterpretation of what you see in each film, but meant to expand its world,” explains Festo. “For example, for Inherent Vice we made a two-page comic with artist Tavan Maneetapho inspired by the Fabulous Freak Brothers, which was a big inspiration for the movie.
“With Jaxon Northon we created an oil painting of the famous ‘hungry boy breakfast’ in Phantom Thread, which is never actually shown in the movie. My personal favourite is the one from Magnolia where Tertia and Alice Tye created an absurdly accurate scene showing a billboard that William H Macy mentions in a throw-away line in Magnolia.”
The attention to detail in this book is what elevates it, although because of this meticulous approach the team had to make sure the book was a cohesive unit. “When selecting the stills to be included, it was important to balance the needs of the text, the visual narrative of the book, and also Anderson’s vision within each film – and that was probably one of the biggest challenges to get right,” says Nash. 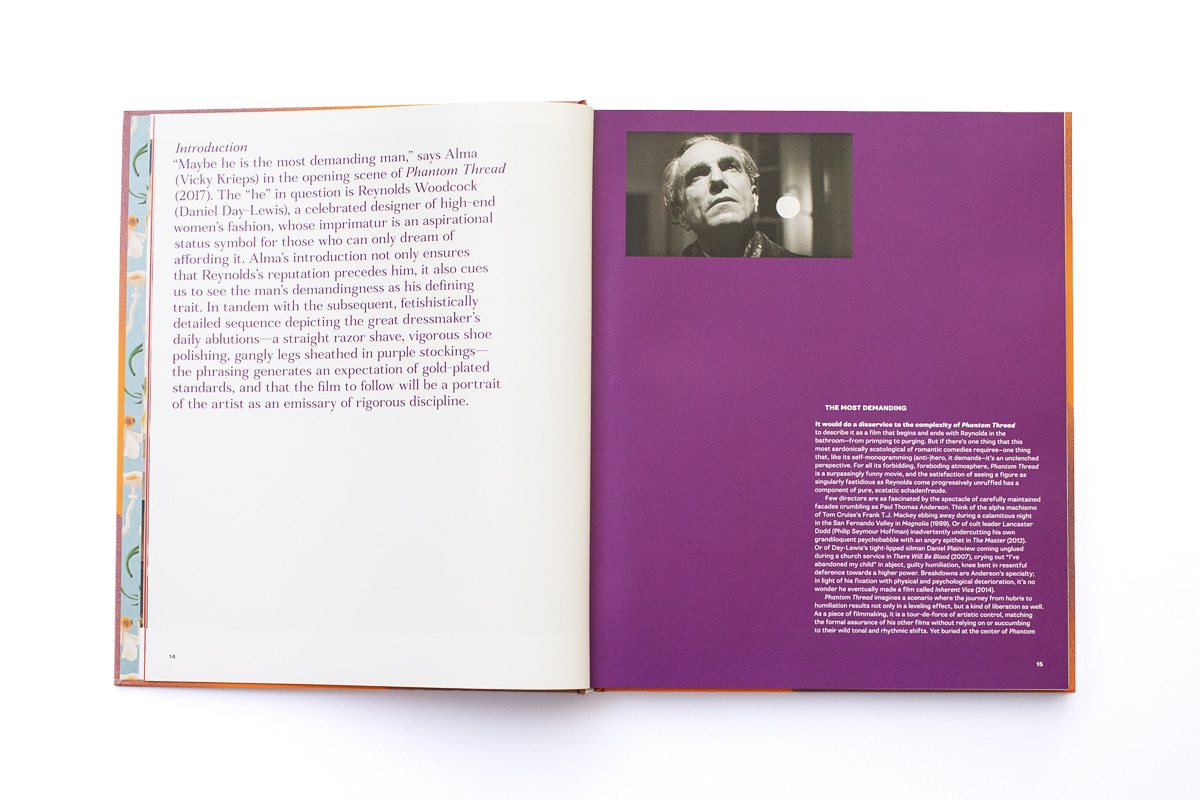 On top of this, the film stills are all sized to the correct aspect ratio, which was a limitation the team set themselves as they wanted to accurately show Anderson’s shots. “Our aim was to create a natural rhythm, while avoiding repetition,” explains Nash. “But obviously as all the images are the same ratio, it created a challenge solved by using scale and the physical folds of the book to add tension between the selects.”
What the Little White Lies team demonstrates is how a monograph can be an opportunity to become fully engaged with a creative’s world and imagination. “Monographs are a deep dive into a subject, and with a filmmaker as ambitious as Paul Thomas Anderson there’s a huge amount to explore,” says Nash. “The design, ideally, acts as a gateway into his world that otherwise would be fairly imposing (this book runs at around 75,000 words). Using it to set the tone, visualise nuanced details and by adding brilliant illustrations, you can help create an accessible and immersive experience for the reader.”

Festo hopes the book will be a visual treat for both long-term fans of the director and newcomers. “My biggest hope is that if they are hardcore PTA fans they’ll find out something about their favourite director that they haven’t read or seen before. And if they’re not fans they will at least see why a lot of people hail him as one of the greatest living directors,” he says.
“In both cases, our hope is that this is a book that will be picked up again and again, and that readers will feel the urge to watch or re-watch PTA’s movies, and also that their passion for cinema as a medium will become just a tiny bit deeper.” 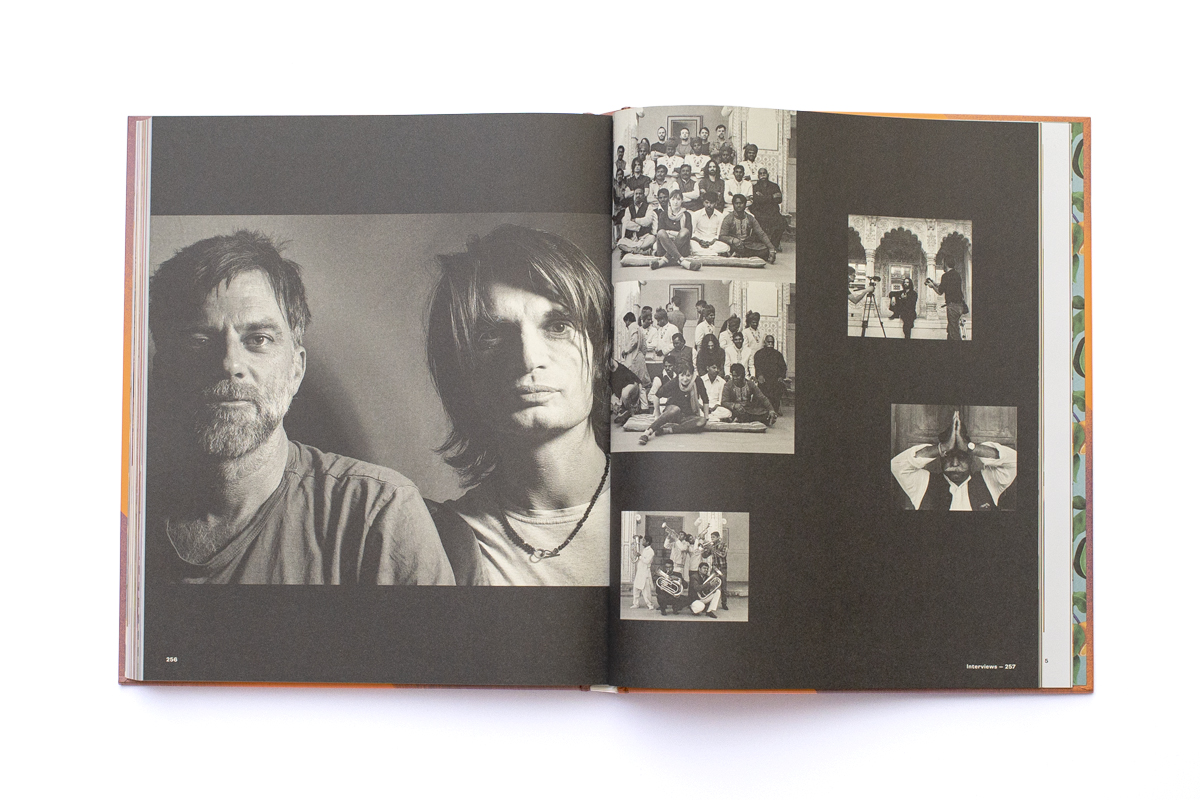