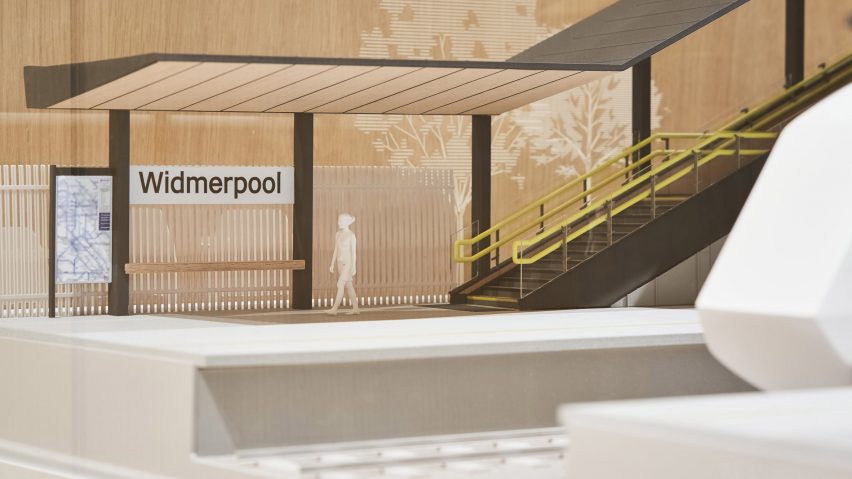 Cajsa Carlson | 22 October 2020 2 comments
Graphic designer Margaret Calvert has created a customised typeface named Rail Alphabet 2, which will be used for station signage across the UK.

Designed for Network Rail, the typeface is an update of Calvert's original Rail Alphabet typeface from the 1960s and was designed together with Henrik Kubel of A2-TYPE.

It will be used by Network Rail in conjunction with a wayfinding system designed by consultancy Spaceagency, which features new symbols including a wifi sign. 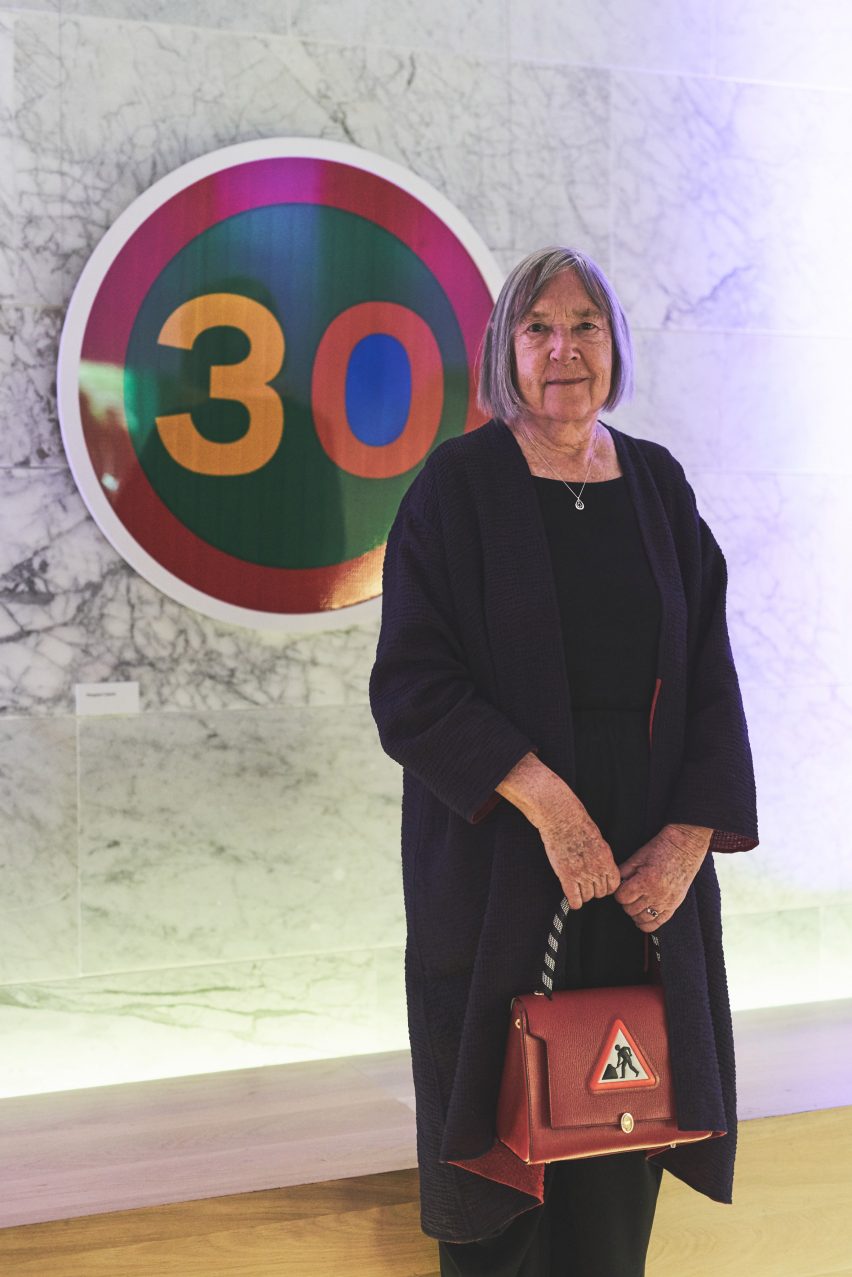 "Rail Alphabet 2 belongs to the same family, but is different in that it has been specifically designed as a customised face for Network Rail, to be read by passengers in a pedestrian context, unlike the road signs." 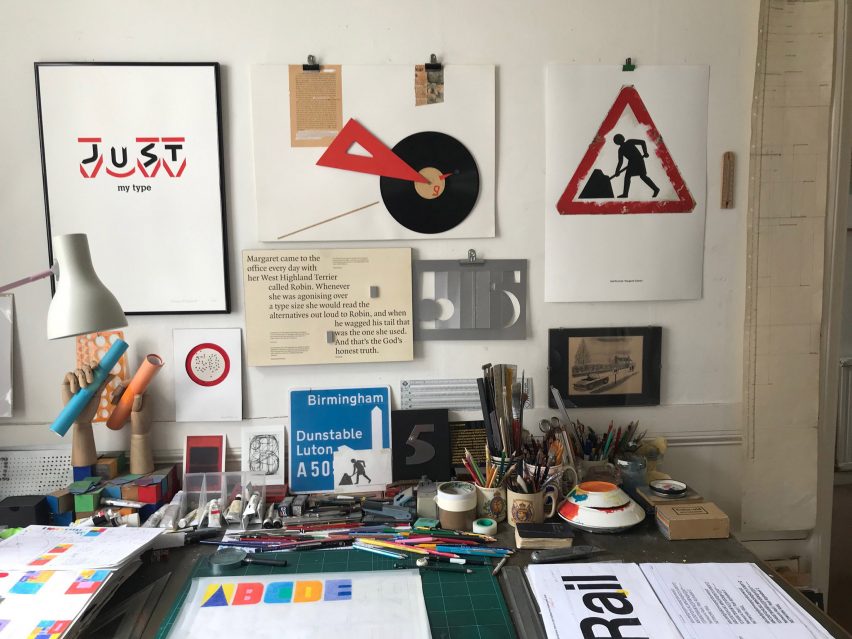 The designer's desk where she worked on the typeface
Legibility and timelessness were among the key concerns when creating the new design.

"It is sharper in appearance," Calvert said. "This is particularly noticeable in how the curves join the vertical stem of the letterform, at an angle; and also lighter and more compact than the original Rail Alphabet."

"Maximum legibility being the key concern. It was important to design a face that wouldn’t date," she added.

The typeface has already been modernised once in 2005, when, with Calvert's blessing, Kubel and Scott Williams of A2 created a complete, digitised Rail Alphabet in one weight by tracing the original letterforms.

Rail Alphabet 2 is also available as a digital font in three weights plus italics, engineered by Kubel for use in various Network Rail publications relating to the upgrading of their stations. 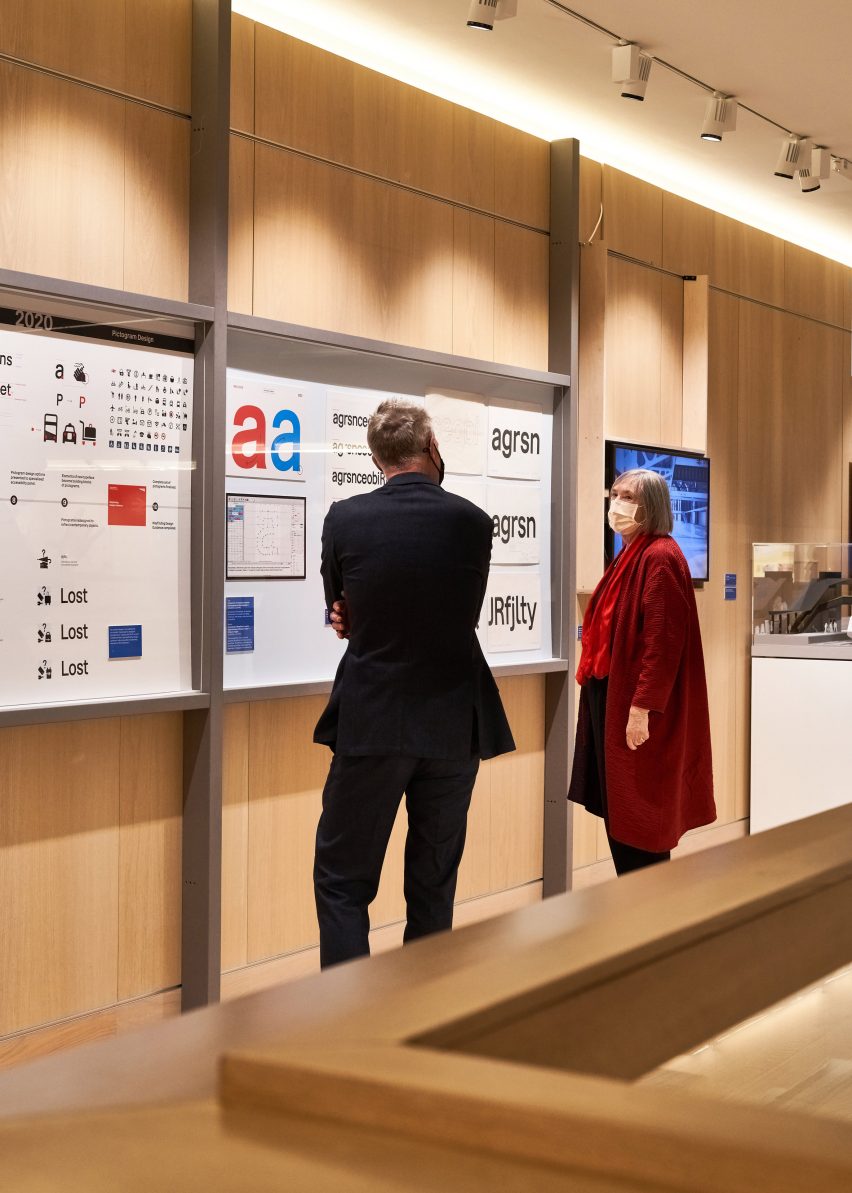 Rail Alphabet 2 can be seen at the Design Museum
Chair of Network Rail Peter Hendy said the company, which is the owner and infrastructure manager of most of Great Britain's railway network, wanted a clean and consistent design to improve journeys and stations.

"The original rail alphabet designed by Margaret was an enduring design icon of the 1960s, and heralded the rebirth of the modern British railway system," Hendy said.

"She is a true pioneer of design and I’m delighted we’ve been able to work with her and Henrik Kubel on Rail Alphabet 2."

"There’s a muddle of different fonts used on railway signage which are hard to read and confusing for passengers, so we were keen to work on a clean and consistent design to make journeys and stations better," he added. 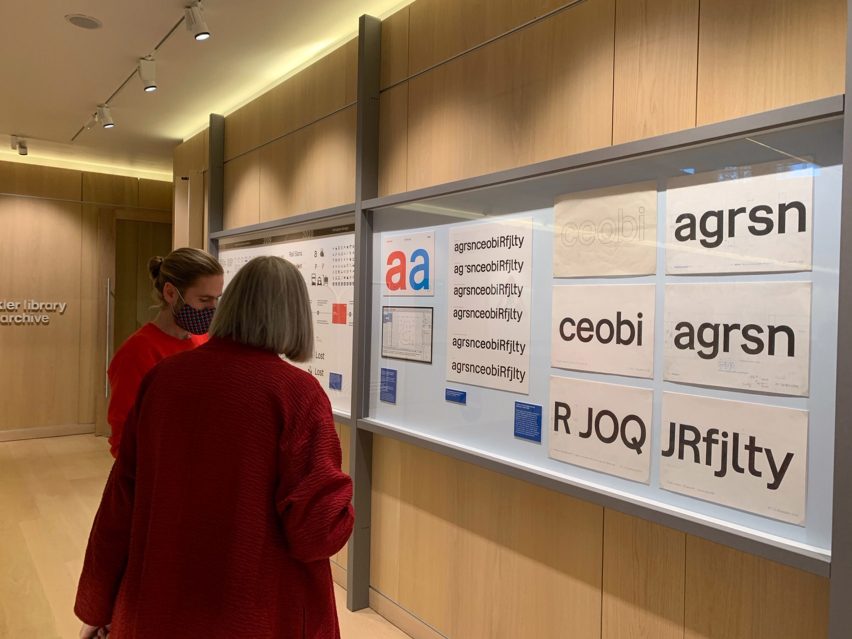 The design is an update of the original Rail Alphabet. Photo is by Marion Deuchars
For Calvert, returning to Rail Alphabet has been a positive experience. "Naturally it has been thrilling for me to have come full circle, regarding the design of Rail Alphabet 2," she said.

Calvert has worked on a number on graphic designs for infrastructure projects. Perhaps her best-known project is the UK road and motorway signage system that she designed with Kinneir in the 1950s and 1960s.

Photography is by Felix Speller for the Design Museum unless otherwise stated.