Hello everyone,
I'm recently planning to make an info comic about nonviolent resistance. I actually planned to do it in black and white like in Persepolis from Marjane Satrapi for example. Or at least monochrome... but definitely not colored. Now my question: Do you have any ideas or inspirations for me how I can draw people of color in this style? I think if I use only black and white it will be quite hard, because I feel like neither coloring the skin of PoC black nor leaving them white is a good solution...
Would be very happy about any ideas on the topic.
Thanks!

Staff member
look at how noir comics do theirs. From what I can tell it's basically more to do with facial structure than colour as most of them are white faces even if they're a black person for example.

Yes, always a tricky one this, made worse if you're not using colour. Depends what style of illustration and detail you're going for, but it's usually just a matter of
making the noses slightly wider and the lips a bit fuller, curly black hair of course. All done subtly of course. I don't think you can get away without using some tint of black
for them and keeping the white people white of course. If we're talking Asian people, that's another matter! Just do a bit of research of graphic and comic novels and see
what others have done. Maybe do a few samples and run them by any black friends you know, or post a couple here.
L

thanks @Wardy and @Levi
the problem, I guess, is that want to keep it as simple as possible. so the noir comic is a good tip but for the style that i have in mind probably weigh too detailed... but, yeah.. I guess, I'll have to turn to gray tones at least

Staff member
@Jimlad is one of our comic strip experts around here and he may be able to give you some tips as he works a lot in B+W.

Sorry to mention his name again as he must be getting some real ear-ache recently.

scotty said:
@Jimlad is one of our comic strip experts around here and he may be able to give you some tips as he works a lot in B+W.

Sorry to mention his name again as he must be getting some real ear-ache recently.
Click to expand...

Hey guys. My ears are getting pretty warm!
So yeah, it's a tricky issue, but I think the best place to look is where comics are almost always done in black and white - manga. And because I love his simple yet deceptively descriptive art style, I'm gonna draw from my favourite, Akira Toriyama.

There aren't actually many black characters in DragonBall, for which Toriyama is most well known, but it has an example of one thing you definitely should not do... solid black. If you colour a black person solid black, they'll end up looking like Mr Popo here. He's not even human, I think he's a genie(?), but he resembles the old "Golly" stereotype so strongly that recent reprints and new editions of the anime have had to either remove his lips or colour him blue to try and distance him from any kind of controversy. 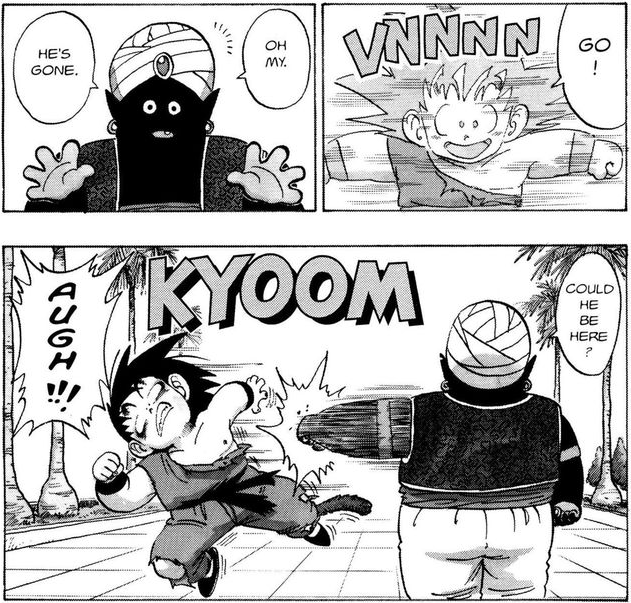 Here's two examples of something that might work for you. Akira Toriyama has used a few stereotypical physical traits such as thicker lips, a wider nose (by manga standards) and solid black hair, but he's used a light grey colour to distinguish them from the non-black characters (I say non-black because there's an argument that most characters in manga are considered Japanese, but that's beside the point). I've included both these examples because one is much more subtle than the other: 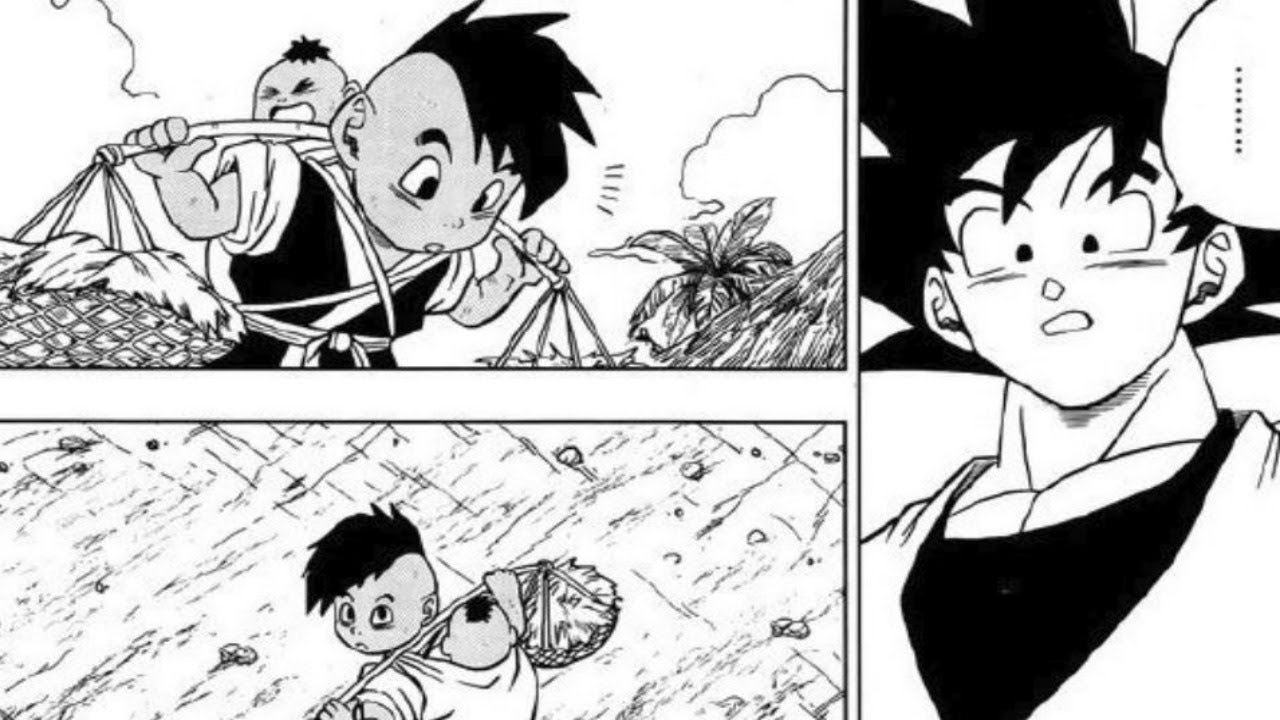 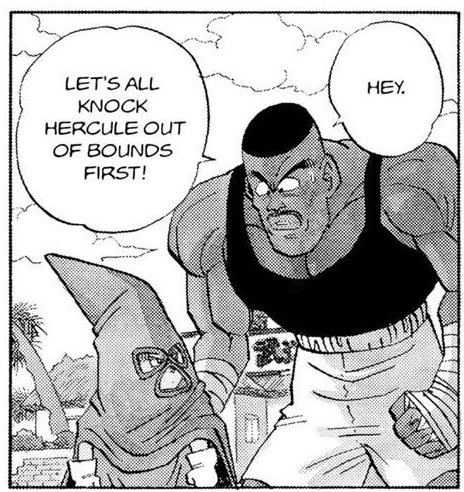 Looking at Marjane Satrapi's work, I see she makes use of occasional halftones or grainy-looking tones to create atmosphere and depth. I think a flat tone could look a little too "computerised" considering what you're going for, but perhaps using a half-tone printing effect might work well for your characters of colour, while still keeping close to your original inspiration. And if you're printing it, that'll keep the job at one colour too.

Having said THAT... if you're able to go more detailed with the style, and/or if all of the cast has dark skin, you might not need to use a darker tone and just suggest it though the features, like this guy: 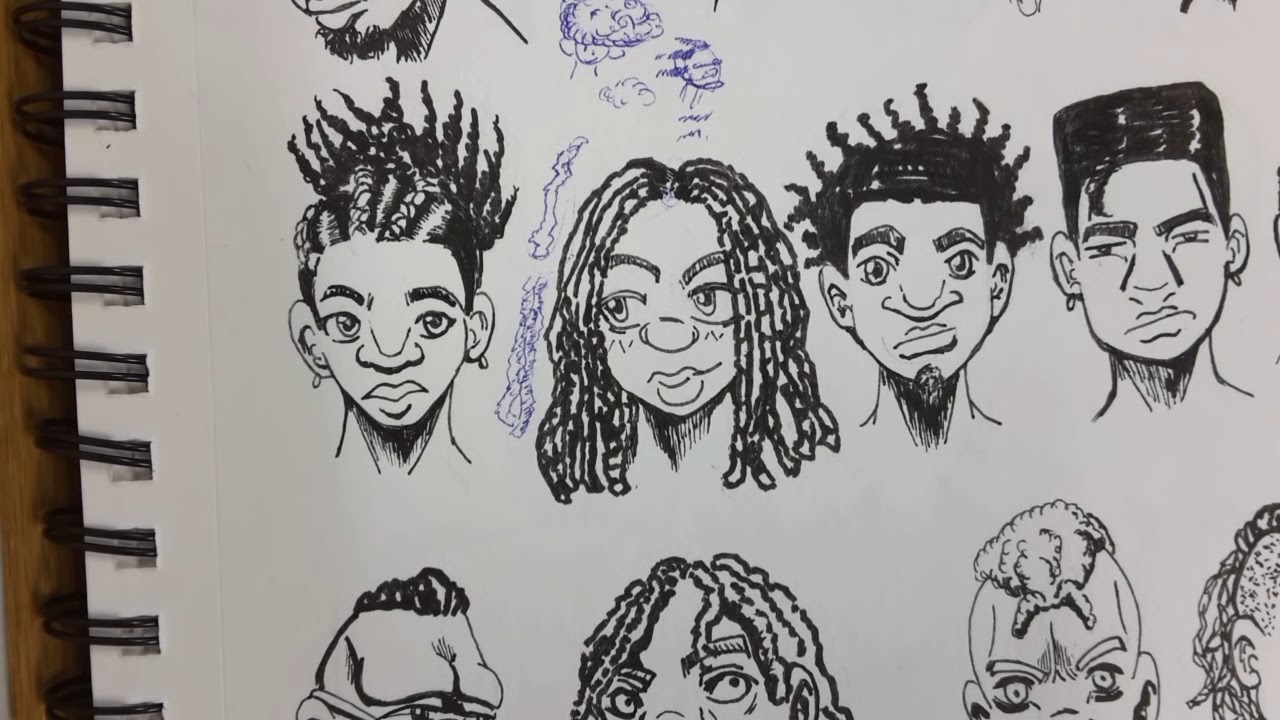 Staff member
Good to have you back @Jimlad.

Thanks @scotty
And thanks @hankscorpio, though I feel like I should clarify that I didn't draw anything I posted there, just did a lot of Googling.

Staff member
Still...Answered the question better than I could.
E